back to search results

August 11, 2017 - Charlottesville, Virginia, USA: Pepper-spray was used by someone in the crowd, after which police were summoned to clear the campus of potential rioters. A large "Unite the Right" rally in Charlottesville, ostensibly to protest the removal of a statue of Confederate General Robert E. Lee from Lee Park (now Emancipation Park), brought together the full spectrum of right-leaning activists, from Trump supporters, the alt-right, white supremacist, and neo-Nazi fringes. The main rally is scheduled for August 12, but a torchlight march through the University of Virginia campus on the night of August 11 drew hundreds of alt-right and white-supremacist supporters. John Rudoff/Polaris 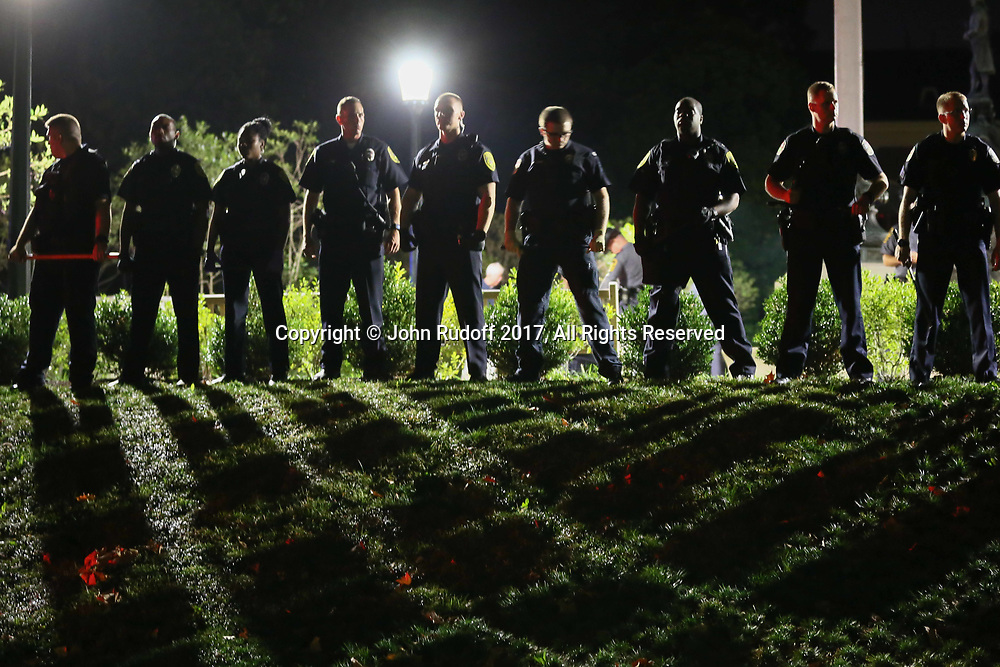